Women and Men for the Gospel 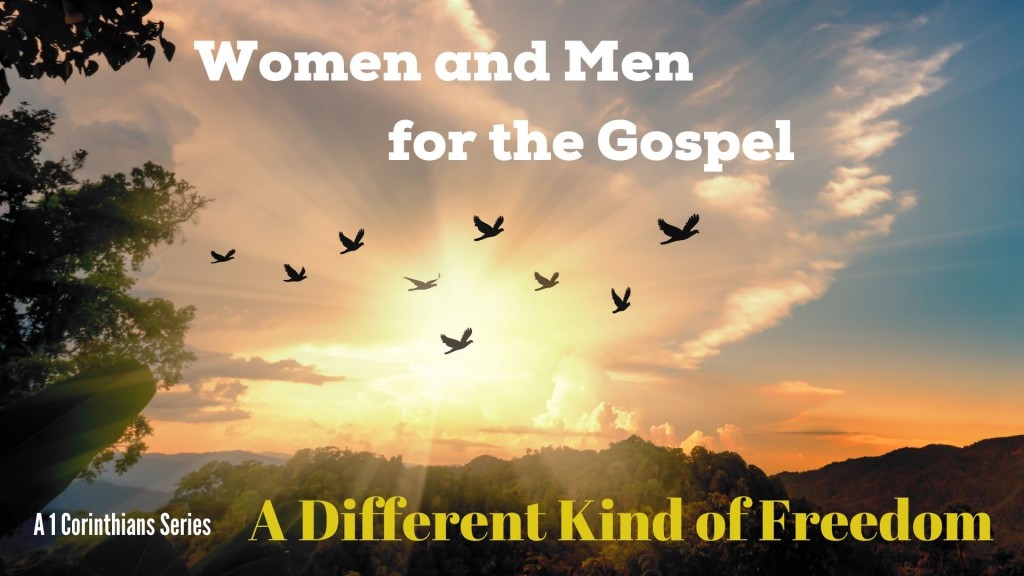 2 I praise you for remembering me in everything and for holding to the traditions just as I passed them on to you. 3 But I want you to realise that the head of every man is Christ, and the head of the woman is man, and the head of Christ is God. 4 Every man who prays or prophesies with his head covered dishonours his head. 5 But every woman who prays or prophesies with her head uncovered dishonours her head – it is the same as having her head shaved. 6 For if a woman does not cover her head, she might as well have her hair cut off; but if it is a disgrace for a woman to have her hair cut off or her head shaved, then she should cover her head.

7 A man ought not to cover his head, since he is the image and glory of God; but woman is the glory of man. 8 For man did not come from woman, but woman from man; 9 neither was man created for woman, but woman for man. 10 It is for this reason that a woman ought to have authority over her own head, because of the angels. 11 Nevertheless, in the Lord woman is not independent of man, nor is man independent of woman. 12 For as woman came from man, so also man is born of woman. But everything comes from God.

13 Judge for yourselves: is it proper for a woman to pray to God with her head uncovered? 14 Does not the very nature of things teach you that if a man has long hair, it is a disgrace to him, 15 but that if a woman has long hair, it is her glory? For long hair is given to her as a covering. 16 If anyone wants to be contentious about this, we have no other practice – nor do the churches of God.

Join us this week as Simon finishes our series A Different Kind of Freedom unpacking the chapters 9-11 of Paul's first letter to the church in Corinth (1 Corinthians).

Temptation: Warning and a Way Out

You Kan - guru, you can: Living free by serving

Join us this week as Trevor starts our new series A Different Kind of Freedom unpacking the chapters 9-11 of Paul's first letter to the church in Corinth (1 Corinthians).